Colorectal cancer starts when healthy cells shift and develop out of control in the lining of the colon or rectum, forming a mass called a tumor. A tumor may be benign or cancerous. A cancerous tumor is malignant, which means it can spread to other parts of the body and develop. A benign tumor means the tumor is capable of developing but is not going to spread. Such modifications typically take years to make. The changes can be caused by both genetic and environmental influences. When a person has an unusual inherited syndrome, however, changes can occur in months or years. 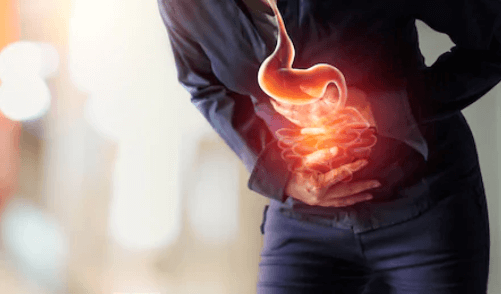 Anatomy of the colon and rectum

The tip of the belly is crossed by the transverse colon. Down the left foot, the descending colon takes waste. Finally, a few more inches, down to the rectum, the sigmoid colon at the bottom takes waste. Waste, through the anus, exits the body. 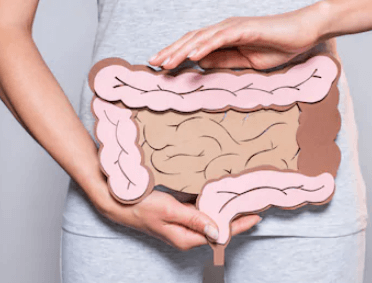 Most common type of cancer of the gastrointestinal tract

It is the most prevalent form of gastrointestinal tract cancer, and a significant cause of death and sickness worldwide. In the abdominal cavity, the major intestine is located, and can be thought of as having two spaces - the intraperitoneal area and the retroperitoneal space. 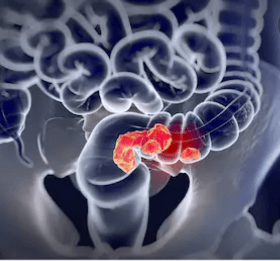 Four layers of the gastrointestinal tract consist of

The muscular layer, which contracts to transfer food across the intestine, is next. After that is the submucosa, which consists of a dense layer of tissue that contains blood vessels, lymphatics, and nerves. And finally, there’s the inner lining of the intestine called the mucosa; which surrounds the lumen of the gastrointestinal tract, and comes into direct contact with digested food.

The mucosa has invaginations called intestinal glands or colonic crypts, and it’s lined with large cells that are specialized in absorption. Most colorectal carcinomas are adenocarcinomas, meaning that they arise from the cells lining the intestinal glands.

Most cases of colorectal tumors happen because of sporadic mutations, but a small number are caused by known genetic mutations that run in a person’s family. An example of this is the adenomatous polyposis coli gene, or APC gene, which is a tumor suppressor gene.

Normally, the APC protein identifies when a cell is accumulating a lot of mutations and forces it to undergo apoptosis, or programmed cell death.

But when the APC gene is mutated, the mutated bowel cells don’t die, and instead some start dividing uncontrollably, giving rise to polyps. Over time, these polyps might accumulate more mutations in other tumor suppressor genes like the K-ras gene or the p53 gene, and ultimately it might might become a malignant tumor – meaning that the cells might be able to invade neighboring tissues.

Another well known example are genetic mutations in DNA repair genes which help fix up mutations in cellular DNA. When they’re out of action - cells accumulate mutations and over time can develop into polyps and eventually adenocarcinomas.

So, broadly speaking, adenocarcinomas are the malignant evolution of polyps, and polyps arise when cells start dividing faster than usual. There are many different types of polyps, and some are more prone to become malignant; those are called pre-malignant or neoplastic polyps.

These pre-malignant polyps can be classified into adenomatous and serrated, according to how they look under the microscope. Typically, adenomatous polyps have an APC mutation and the cells look like normal colonic mucosa cells, whereas serrated polyps have defects in DNA repair genes and have a saw-tooth appearance.

When tumors become cancerous, they can be categorized into stages.

Stage 0 is carcinoma in situ, meaning that the tumor has not grown beyond the mucosa.

Stage 1 is when the tumor has grown beyond the mucosa, but has not spread to lymph nodes or distant organs.

Stage 2 is when the tumor has invaded the whole colonic or rectal wall, and may have reached nearby organs or tissues, but still hasn’t spread to lymph nodes or distant organs.

Stage 3 is when the tumor had spread to lymph nodes, but still hasn’t spread to distant organs.

Finally, stage 4 is metastatic, meaning that the tumor has spread to distant organs.

The most common site of metastasis for colon cancer is the liver, and for rectal cancer it’s the lungs.

Colorectal cancer are also also associated with specific disorders like familial adenomatous polyposis and hereditary nonpolyposis colorectal cancer. Initially, colorectal carcinoma is often asymptomatic, but as the disease progresses, symptoms can develop depending on the tumor’s location. In general, cancers in the ascending or right colon expand outward beyond the mucosal surface, which may cause vague abdominal pain and weight loss.

These tumors usually do not cause bowel obstruction, which means they may develop very large before causing symptoms, and it also means that a late diagnosis is always made. This tumors can ulcerate and bleed, and bleeding can lead to anemia caused by iron deficiency over time.

Tumors located on the descending or left colon are generally infiltrating masses, meaning that they tend to be ring-shaped masses that involve the whole circumferenLARce of the colonic wall.

This causes lumen narrowing, referred to as napkin-ring constriction, so symptoms of bowel obstruction typically happen early on. Bowel obstruction can cause colicky abdominal pain, and blood-streaked stools, called hematochezia. 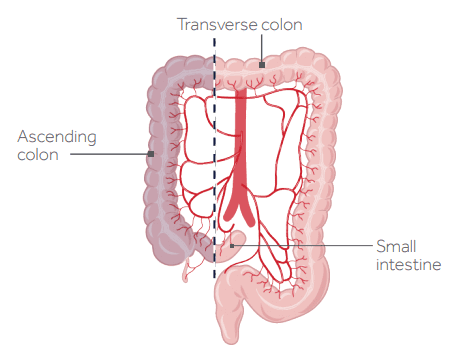 What is Low Anterior Resection? (LAR)

LAR is a procedure that is done for the treatment of rectal cancer. The section of your rectum along with the cancer will be separated during LAR surgery. It would reconnect the remaining section of your rectum to your colon. When you heal from your surgery, you will be able to get bowel movements (poop) as normal.

When 1 long incision is made on your abdomen, this is called open surgery.The cancer section of your rectum will be thoroughly eliminated from the incision.

The cancer section of your rectum will be thoroughly eliminated from the incision.    This is considered minimally invasive surgery, where many minor incisions are made on the abdomen. To extract the cancer, small surgical instruments and a film camera will be inserted into the incisions. To aid with the procedure, some surgeons use a robotic system.

Once the cancer section of your rectum is removed, tiny metal staples or sutures will reconnect the remaining part of your rectum to your colon (stitches). An anastomosis is called the site where the 2 ends are reconnected.

What are the Symptoms of colon cancer

In general, as healthy cells in the colon undergo modifications (mutations) in their DNA, colon cancer starts. The DNA of a cell includes a set of instructions which tell a cell what to do. In an ordered manner, healthy cells develop and split to keep the body functioning normally. But cells begin to divide when the DNA of a cell is destroyed and becomes cancerous, even when new cells are not required. They form a tumor as the cells multiply. The cancer cells may multiply over time to invade and kill nearby normal tissue. And cancerous cells may migrate to other areas of the body and produce deposits there (metastasis).

What are the Risk factors involved in Colorectal cancer

Factors that can raise the risk of cancer of the colon include:

A personal history of polyps or colorectal cancer. You have a higher chance of bowel cancer in the future if you have either had colon cancer or noncancerous colon polyps.

How Colon Cancer is Diagnosed

Colonoscopy-  which is when a camera is inserted retrograde into the colon and rectum and to take pictures of abnormal looking polyps and a biopsy.

In addition, fecal occult blood testing is often done to look for evidence of gastrointestinal bleeding.

Typically, in colorectal cancer there’s an elevation in the tumor marker CEA, which is a glycoprotein involved in cell adhesion.

However, this is not a very specific finding. A barium enema can be useful as well. That’s where a liquid is injected into the rectum through a small tube, and an X ray is taken to look for abnormalities in the large intestines.

On a barium enema, a classic sign of colorectal cancer is the apple core sign, which shows the constriction of the lumen - most often in the descending colon. To identify colorectal cancer early, routine colonoscopy and fecal occult blood test can be done to look for neoplastic polyps or early carcinomas so that they can be removed at an early stage. This is particularly important for individuals with relatives with colorectal cancer and those with disorders like familial adenomatous polyposis and hereditary nonpolyposis colorectal cancer.

Treatment for colorectal cancer depends on the stage of the cancer. Early cancers that are confined to the wall of the colon are often surgically resected, and those that have spread to nearby lymph nodes are often treated with chemotherapy.

Unfortunately, metastatic cancers are typically incurable, but sometimes chemotherapy or surgery can be used to ease symptoms. 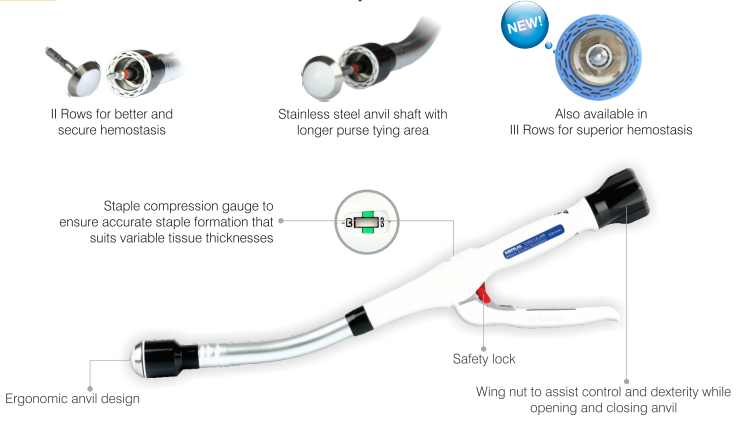