Types Of Surgical Sutures And Their Uses

Surgery of any kind involves several different components and apparatus. Typically, doctors have to tend to and close the wounds, especially after invasive surgery. The wound usually takes several days to recover, and the doctor closes it in such a way that it prevents bleeding and infection. This triumph is achieved with the help of surgical equipment and procedures broadly categorised as surgical sutures.  This article explains the different types of surgical sutures.

What Is A Surgical Suture?

A surgical suture is one of the most common medical devices used by doctors during surgeries. The suture helps in holding body tissues together after a surgery or an injury. The application of a suture essentially involves the use of a needle along with an attached thread. Today, doctors have access to a wide variety and types of surgical sutures of different sizes, shapes and thread materials.

Most people often confuse the word suture with stitches. However, a suture is simply the name of the medical device used by the doctor to repair the wound, whereas stitching is merely the technique the doctor uses to close the wound.

Classification of Surgical Sutures – An Overview

A suture is also classified based on the actual structure of the suture material. For instance, a monofilament suture comprises a single thread that allows the suture to pass through the tissues easily. In contrast, a braided suture consists of many small threads which are braided together. While it is more secure, a braided suture also increases the potential for infections.

Finally, sutures are also categorised as being made of synthetic or natural material, but it doesn’t make much difference since all suture materials are sterilised. Now let us look at the types of sutures in detail.

Here’s how absorbable sutures are classified: 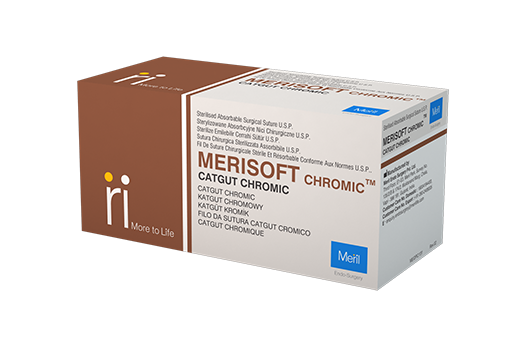 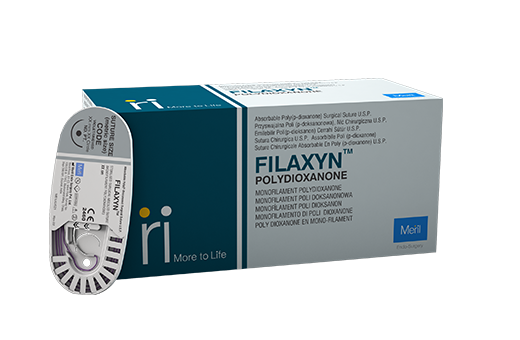 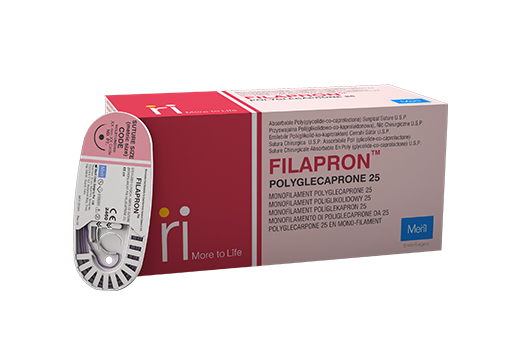 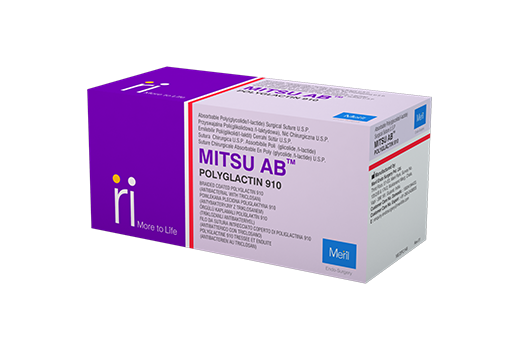 While speaking about the types and uses of surgical sutures, we must also mention non-absorbable sutures. These sutures are made up of special silk, or synthetics like polyester, poly propylene or nylon. Non-absorbable sutures may or may not include coatings that enhance their performance characteristics and are typically used to close skin wounds. The suture is removed after a few weeks.

These sutures are typically used in heart surgeries like vascular anastomosis procedures (due to the constant movement and pressure on the heart). Non-absorbable sutures usually cause less scarring since they provoke a much lower level of immune response, which is why they are also used in surgeries where the cosmetic outcome is significant. These sutures may be left in permanently or removed after a while, depending on the intensity of the wound.

With Meril Endosurgery, surgeons can provide patients with a one-stop solution to an extensive portfolio of products comprising various absorbable and non-absorbable sutures. We also provide tissue sealants, absorbable hemostats, hernia repair and other state-of-the-art devices. 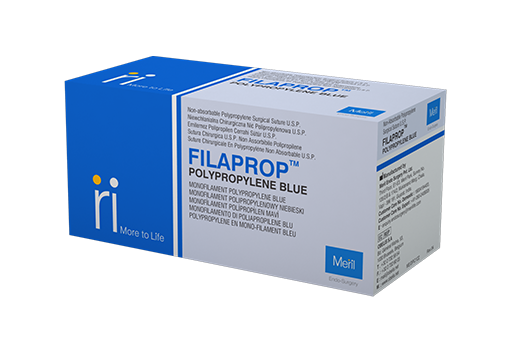 The Process and Techniques Involved in Suture Selection

The suture materials used by surgeons and physicians are essentially graded as per the suture strand and diameter. The material is then attached to a suture needle. Doctors use different types of suture needles of varying sizes and shapes, and the needles are chosen as per the surgery being performed. For instance, a suture can have a cutting edge or a non-cutting edge. A large suture needle closes more tissues with every stitch, while smaller needles help to reduce scarring. Let us understand the varying suture techniques and the different types of suture needles.

There following are the different types of surgical sutures techniques:

A continuous Suture is a surgical technique which involves several stitches wherein the doctor uses a single strand of the suture thread material. This technique is applied rapidly while placing a suture. It is also strong as it allows the tension to be evenly distributed throughout the suture strand.

Yet another type of surgical suture technique is the deep suture technique. Here, the doctor places the suture under the tissue layers, which are deep below the skin. The sutures can be either interrupted or continuous and are often used in procedures in which the facial layer has to be closed.

The buried suture technique is applied by doctors such that the suture knot is found inside, i.e. within or under the area that has to be closed off. This type of surgical suture is not removed typically. It is often useful when large sutures are used in the deeper corners of the body.

A type of continuous suture, the purse-string suture is placed around the infected area. It is typically tightened in a pattern that resembles a drawstring attached to a bag. This suturing technique is used to reduce the surface area of a circular wound, with the aim of obtaining minimal scarring.

The suture that is usually placed in the patient’s dermis, i.e. the layer of tissue which lies below the skin’s upper layer, is known as the subcutaneous suture. In this type of suture, the doctor places short stitches in a line, parallel to the wound. The doctor also anchors the stitches on either end of the wound.

Description and Types of Suture Needles

Doctors use suture needles to place the sutures within the tissues. The needle carries the material through the wound with minimal residual trauma. Typically, these needles are rigid enough and can resist distortion, but also flexible enough, such that they can bend before breaking. Depending on the wound being repaired, the doctor also uses a slim needle that can minimise trauma. At the same time, it should be sharp enough so that it can penetrate the tissue with negligible penetration. The needle should be stable so that it permits accurate placement. Suture needles are usually made of stainless steel and are composed of the following elements: 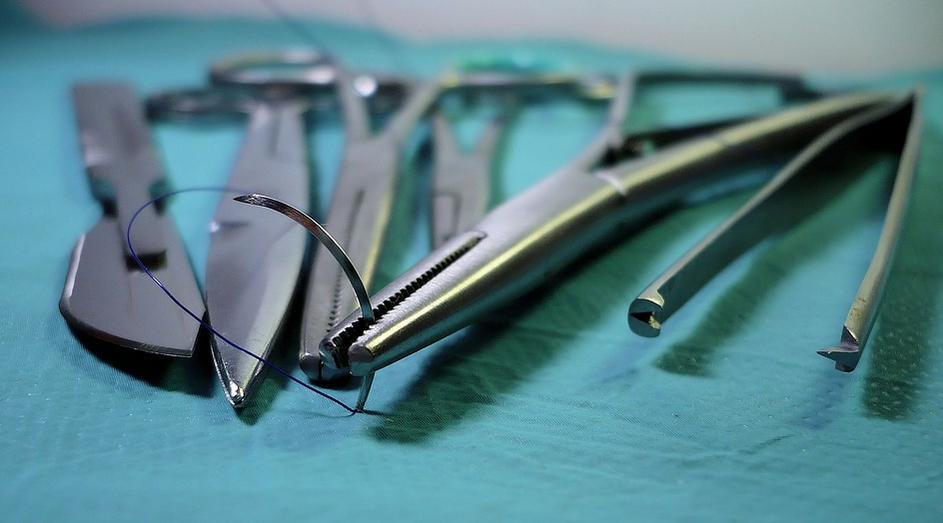 The shape of the different types of suture needles varies as per the curvature and is described in proportion with the circle completed. The most commonly used curvatures include ¼, ½, 3/8, 5/8, etc.

Final word: Meril Endosurgery products are used in over 100 countries worldwide. At Meril Academy, we also provide hands-on training sessions to aspiring surgeons across the globe. Surgeons trained at Meril are taught about the use of surgical sutures. They also take several factors into account while choosing the types of sutures and materials, which include the patient’s personal preference, the tissue type, and the infection risk. 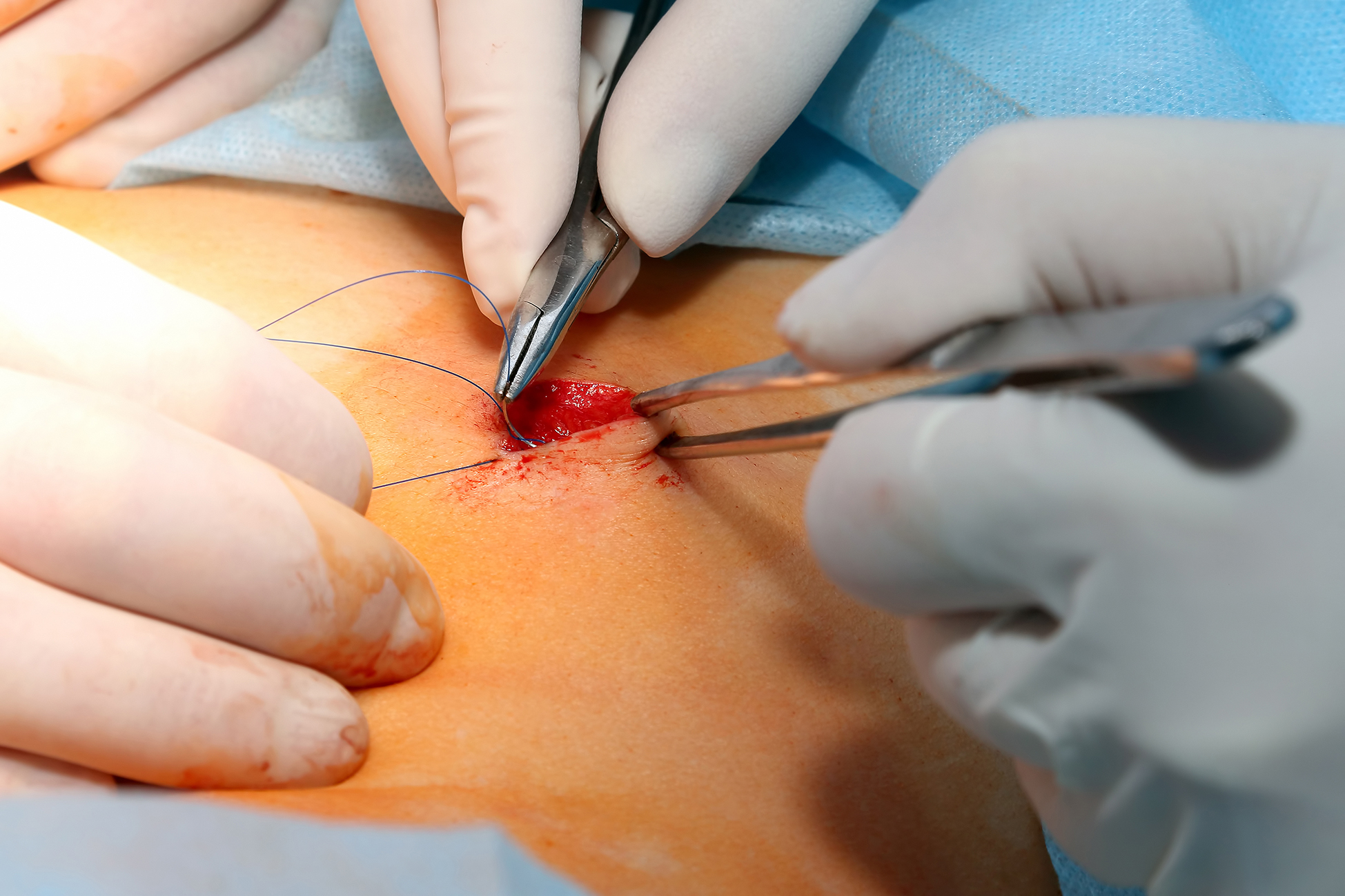